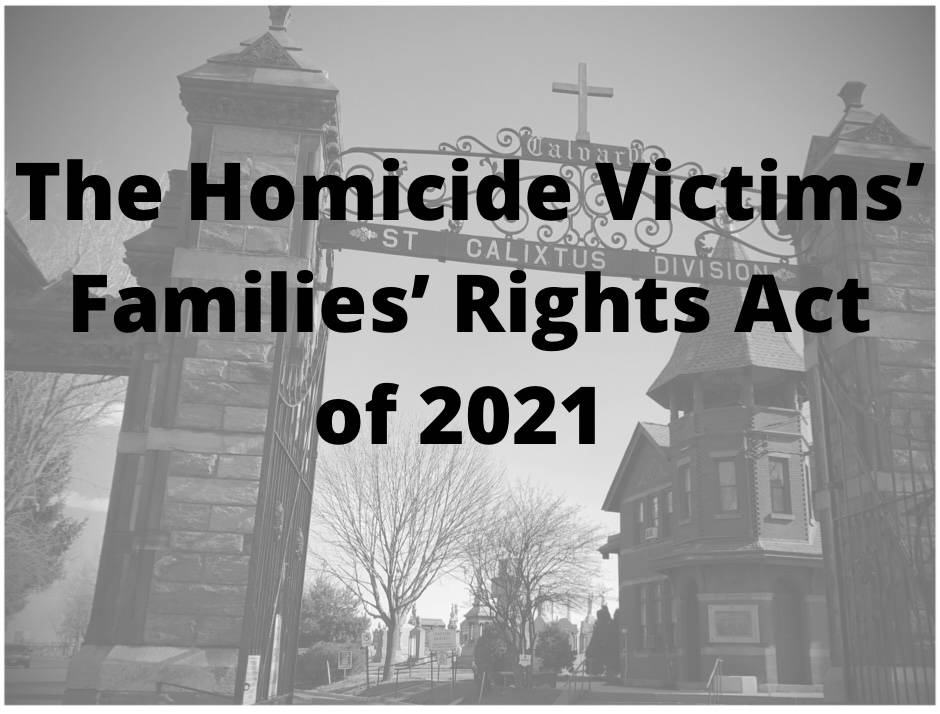 The Homicide Victims’ Families’ Rights Act was signed into law recently by President Joe Biden. Did it go far enough?

Cold case homicides have become a national problem. In recent years, homicides continue to surge and case clearances continue to drop. What has made matters worse, is the rocky start of the the FBI’s new National Incident-Based Reporting System or NIBRS for short. Many cities, including both Los Angeles and New York City, did not report homicide data to the FBI in 2021. In 2023, the FBI announced that it will make an ‘estimation’ of crime statistics. That’s not a good plan.

Homicide offenders who are free to roam the streets, pose a threat to the public through victimization. The situation will only get worse, since there will be a ‘dark figure’ – crimes that go unreported to the FBI which we will never know about.

A month ago, President Biden, signed The Homicide Victims’ Families Rights Act of 2021 into law. The law now requires a full rein estimation of a cold case murder by a ‘designated person.’ The law defines a designated person as a family member or ‘someone similarity situated’.

There are some basic requirements before this law kicks in found in Sections 11 and 12:

– The law applies to homicides on or after January 1, 1970
– A designated person must make the request
– The cold case murder must be at least three (3) years old
– A federal law enforcement agency must have previously investigated

The last bullet, previously investigated by a federal law enforcement agency is the sticking point. What the law doesn’t make clear is that point. Does this mean that if the feds didn’t investigate the case previously, then families can’t make this request? That’s the way it reads and I sure hope that I’m wrong. It’s a start, but it won’t fix the problem.

I reached out to the author of the bill, Representative Eric Swalwell for clarification, but have yet to receive a response. If I do, I will update the post.